“Black vinegar is black because of a chemical reaction called the Maillard reaction,” explains how carbohydrates react with amino acids Su Nan-Wei, Professor in the Department of Agricultural Chemistry at National Taiwan University. “The point is, the main ingredients are made from grain.” Grains give the vinegar a malty base flavor, and the Maillard reaction is responsible for bringing out umami notes.

Black vinegar depends on where, how and by whom it is made.

Chinkiang vinegar is made with sticky rice.

China is the birthplace of grain-based black vinegar, and the process eventually spread across Asia and took on a life of its own. Generally speaking, There are four major regional types in China: The northern Chinese province of Shanxi is known for vinegar made from sorghum, wheat and barley. The city of Zhenjiang in southern China makes its sticky rice, commonly known as chinkiang vinegar. Sichuan has a black vinegar made from wheat bran, flavored with a hot mixture of spices from Chinese medicine. And finally, Fujian Province in eastern China produces sticky rice vinegar that has a special mushroom added to it that gives the end product a dark red rather than black hue.

Outside of China, Japan and Korea use brown rice as the base starch for their black vinegar. Taiwan’s black vinegar, which starts with glutinous rice, is the most different from the batch as it is more similar to Worcestershire sauce in production. Worcestershire is made by soaking a malt vinegar base with ingredients like molasses, anchovies, garlic, and tamarind extract. Taiwanese black vinegar is similar in that much of its flavor is infused. First, a basic vinegar is made from glutinous rice. “Then we add carrots, onions, vegetables, mushrooms, tomatoes, and so on. It’s soaked for at least a year, ”he says Cindy Cheng, a spokesman for Kong Yen, the largest industrial black vinegar factory in Taiwan. Another major Taiwanese vinegar brand, Wu Yin Vinegar, makes their rice vinegar from Taiwanese glutinous rice and malt. “It’s inoculated with a starter we’ve had for about eight months for over 100 years,” says Kao Chi-ting, Owner of Wu Yin vinegar before it is infused with licorice and caramel.

Taiwanese black vinegar smells simpler, fruity, and cleaner, says Ivy Chen, a cooking instructor in Taipei. “Chinese vinegar is deeper and more flavorful due to the aging process,” with a funky flavor.

Because black vinegar recipes vary widely by country, region, and company, the rule of thumb is that references come from the region the vinegar came from and the dishes the area is known for. “Shanxi vinegar goes well with noodles. Zhenjiang vinegar goes well with salads, ”advises Lin. In Taiwan, vinegar is used sparingly – a drop or two on a ready-made soup. And in China, it’s most commonly used in conjunction with soy sauce. But if all of this is too confusing, you can’t go wrong with a universal dressing made up of equal parts soy, vinegar, and oil.

“Add a small piece of salt, garlic, and sugar. This is a very simple sauce that can be used on salads, pasta, or even as a dipping sauce, ”says Lin. 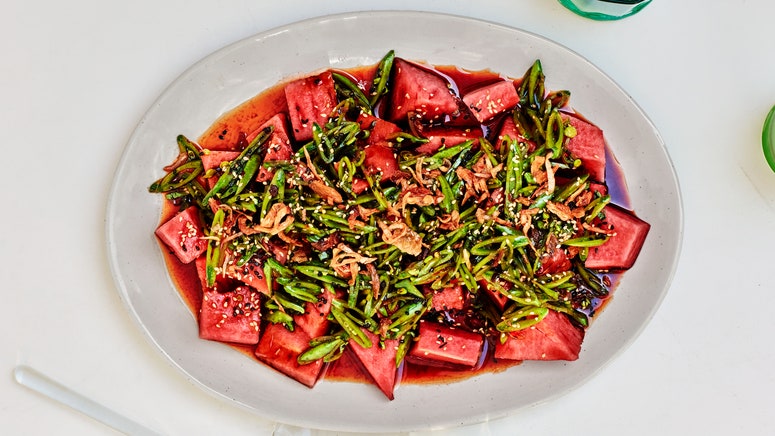 Clarissa Wei is an American freelance journalist based in Taiwan.