I don’t know about you guys, but this is how I feel like I’m seen in Pride month. Sure, big companies like CVS and Walmart may have donated over $ 10 million to anti-LGBTQ politicians in the past two years. But is June coming? Every logo has a rainbow, every brand has limited edition merchandise, and every CEO is “YASSS QUEEN! Those gains in the second quarter are fierce, hunted! “

At best, the interface between pride and corporate capitalism is tense and at worst, deeply antithetical to the spirit of celebrating queer identity. So, for this Pride Roundup of Food and Bev Products We Love, our staff came up with a simple rule: All of these businesses are founded and owned by at least one real, living queer person. When you buy a bottle of Andre Springer’s Hot Sauce or a jar of V Smiley jam, you’re putting money in the pockets of a member of the LGBTQ community. And just as support for black-owned businesses shouldn’t be reserved for February or the aftermath of another police brutality, so should patronize these small businesses year round. (Your pantry, bar cart, and spice rack will thank you.)

Sana Javeri Kadri founded the spice company Diaspora Co. in 2017 with what may be the most ethically grown, harvested, and sold turmeric on the market. Since then, she has methodically and thoughtfully added aranya pepper (more complex than any other pepper I’ve tried) and nagauri cumin, which I’ll be spreading on lamb chops throughout the summer. —Lauren Joseph, trade editor 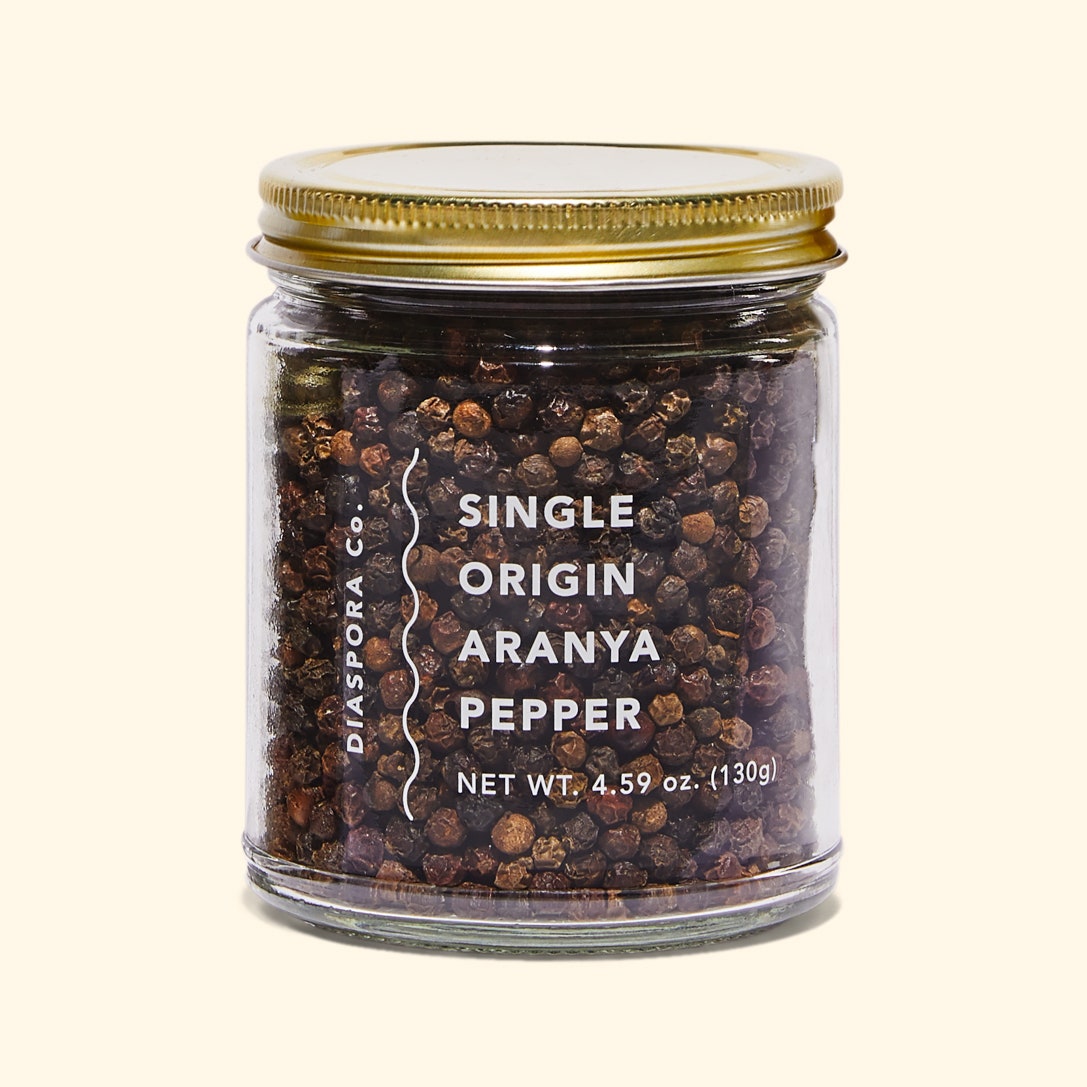 The clichés are true – I live in the same house with three other gays and we drink a lot of iced coffee. Nowadays our favorite is Explorer Cold Brew, which is not only incredibly tasty but also comes in four caffeine levels. Most days I choose the concentrate with a low coffee content that doesn’t lose any taste. I suppose Explorer founder and mountaineer Cason Crane is drinking the extra caffeinated brew, which is the only way to explain how he climbed the Seven Summits when he was 20. —MacKenzie Chung Fegan, Senior Commerce Editor senior 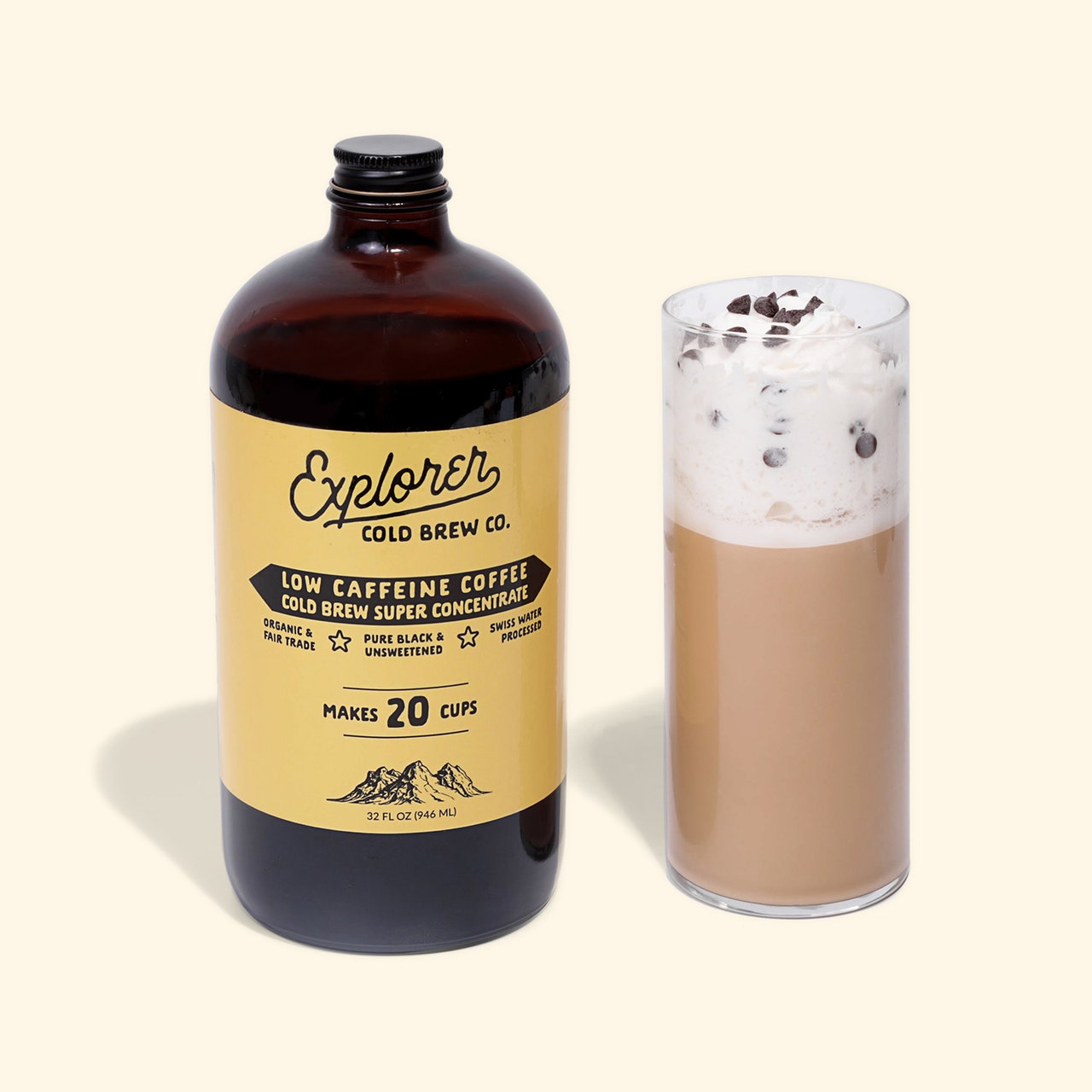 This hot Barbados-style sauce is so darn versatile. The mix of vinegar, onions, horseradish and peppers takes my eggs, grilled meat, tacos and stews to a new, fiery level. I also love the iconic label adorned with founder Andre Springer’s drag personality Shaquanda who, like her hot sauce, is “ready to please, eager to burn”. –Ali Francis, Associate Editor 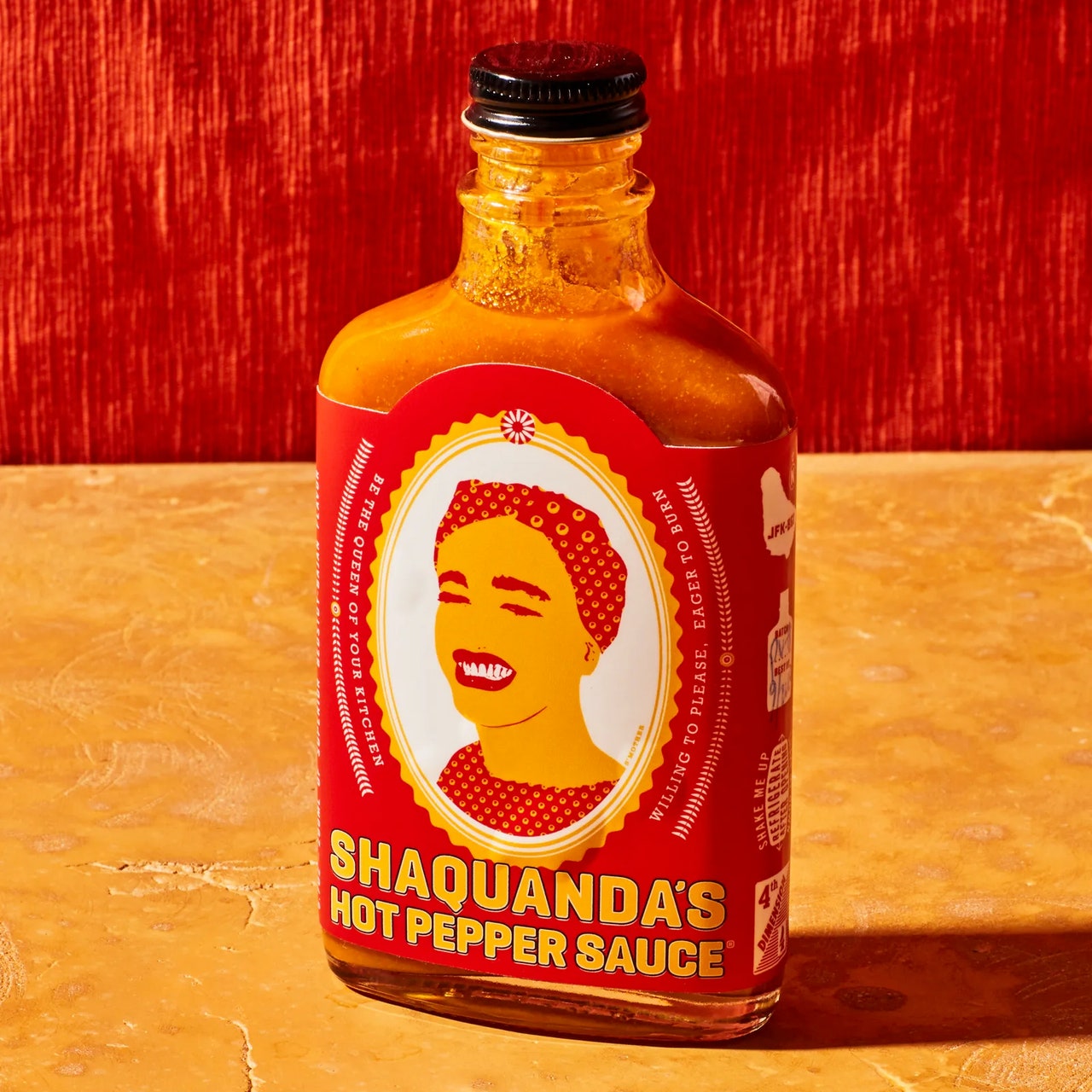 Omsom is my 7:02 pm what’s for dinner savior. The collection of sauces, flavors and spices created by the sisters Kim and Vanessa Pham contains all recipe cards for Southeast and East Asian dishes such as sisig, larb and bulgogi. This handy little box contains a sauce pack for six Japanese, Chinese and Korean dishes, all of which can be on your plate by 7:32 a.m. —Lauren Joseph, trade editor 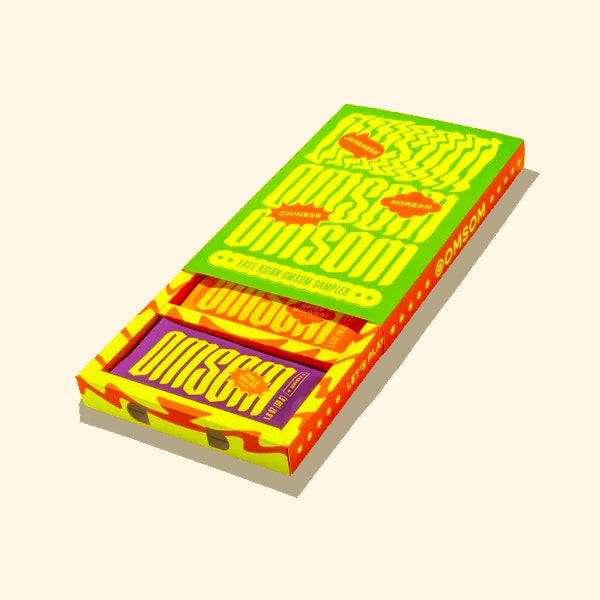 I’ve stopped counting how many people I’ve sent packages of Madhu Chocolates to in the past year and a half. For any “congratulations” or “I’m thinking of you” gifts, I turned to these chocolate bars from Harshit Gupta and Elliot Curelop’s Austin-based company, which come in great flavors (lemon fennel, rose pistachio, black pepper – with spices from the already mentioned diaspora and saffron milk) and beautiful packaging. —Sonia Chopra, editor-in-chief 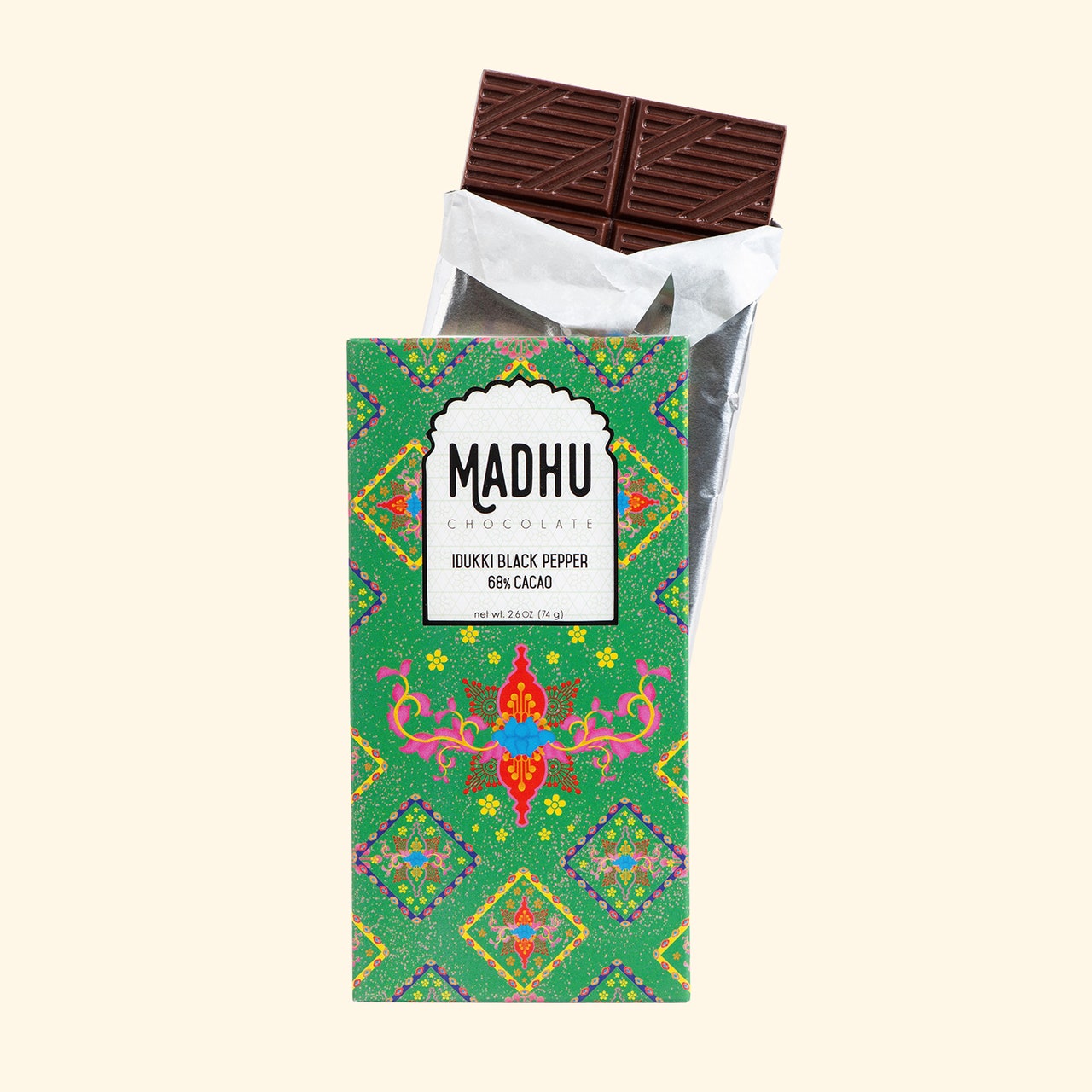 Not so long ago, “cereal” was associated with hippie cooperatives and Birkenstock-bearing mothers trying to convince their children that carob was a compelling substitute for chocolate. While Nekisia Davis is known for wearing a pair of birks, her Early Bird granola isn’t about restraint or asceticism. It’s unrepentant full of flavor, with lots of olive oil, maple, and salt. Is it healthy food? Do i care —MacKenzie Chung Fegan, senior commerce editor 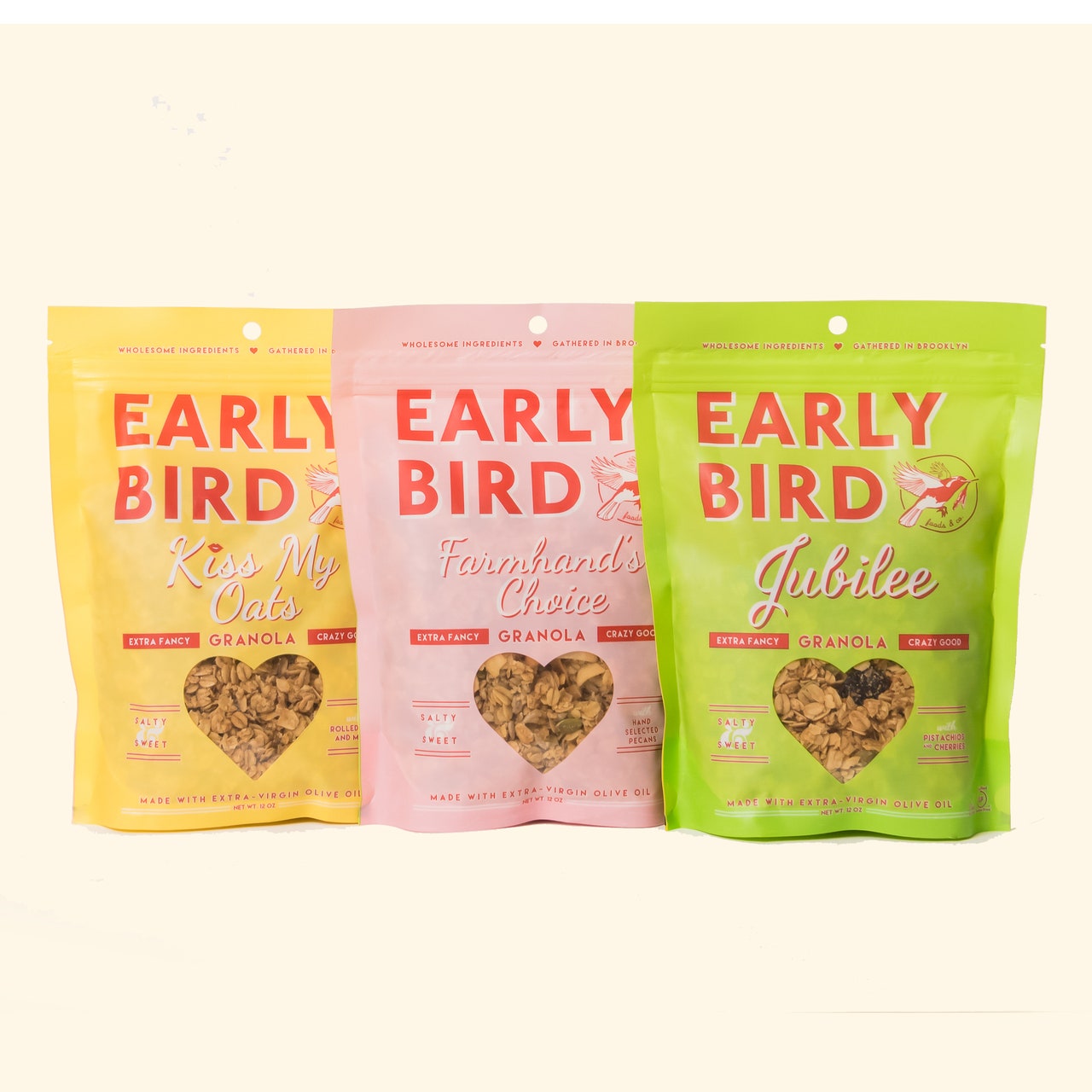 Founded in Brooklyn by queer co-founder Jen Martin and her brother Jeff, Pipcorn is a snack company that sources heirloom corn for its range of flavored popcorns, cheese puffs, and crackers. Not to be cheesy, but their bite-sized Everything Crackers really are my everything – the onion, garlic, and poppy seed-topped crackers are perfect when dipped in hummus, topped with cheddar, or enjoyed alone. —Chala Tyson Tshitundu, assistant editor 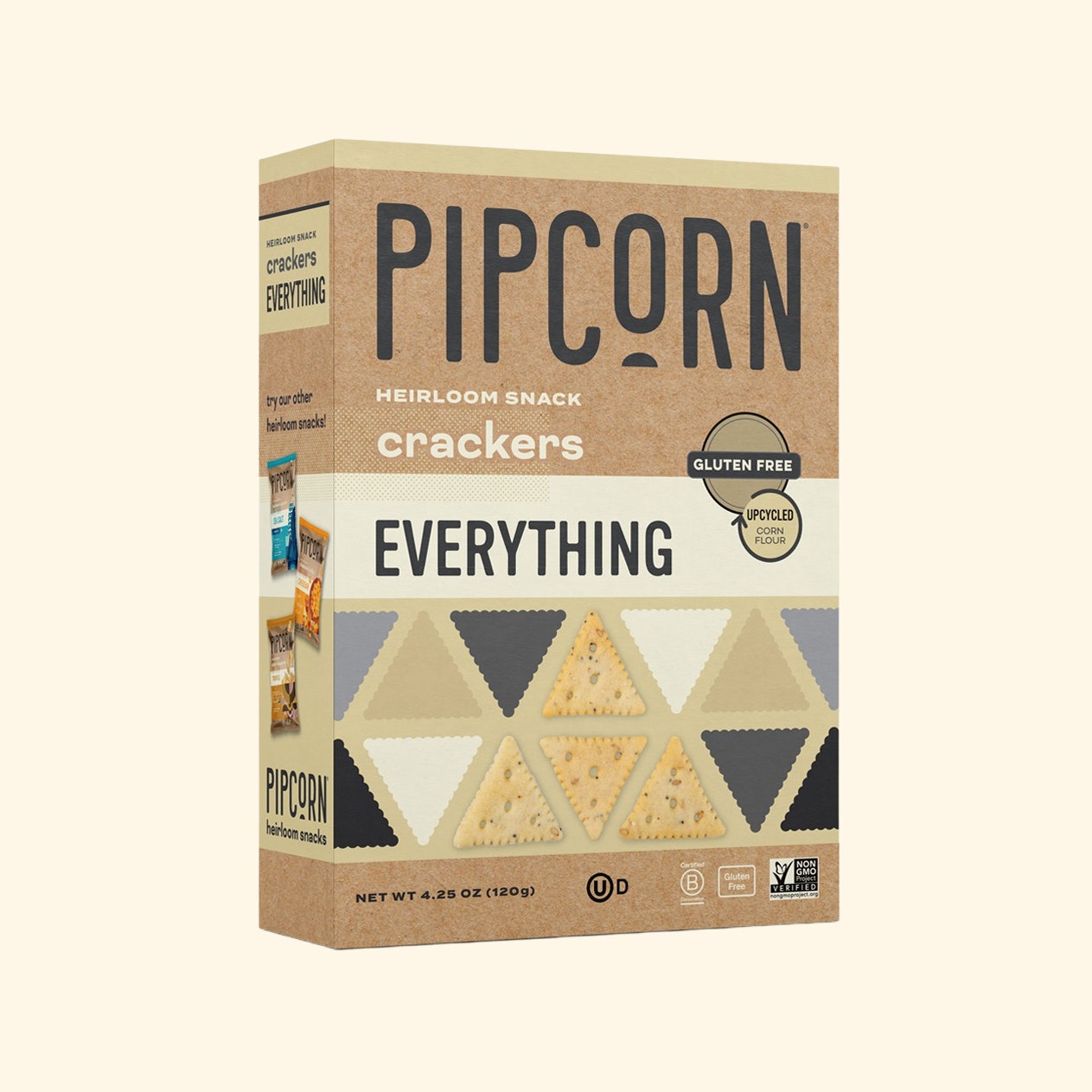 I’m naturally skeptical, and even more so in Pride month: corporate rainbow washing is a scourge. When I first found out about Supergay Spirits, I instinctively side-eyed the entire project. But Supergay, founded by Aaron Thorp (a sommelier and drinks director whose track record includes stints at The Standard, Alta, and Le Coucou) and Tom Jackson (of queer culture magazine GAYLETTER) has credibility. Their 100% organic corn vodka is heavy and smooth with a touch of sweetness – perfect for a simple gimlet or martini. Even better? Supergay forwards a portion of its profits to organizations that benefit LGBTQ + bar and restaurant workers like ROAR NY. —Joseph Hernandez, Director of Research 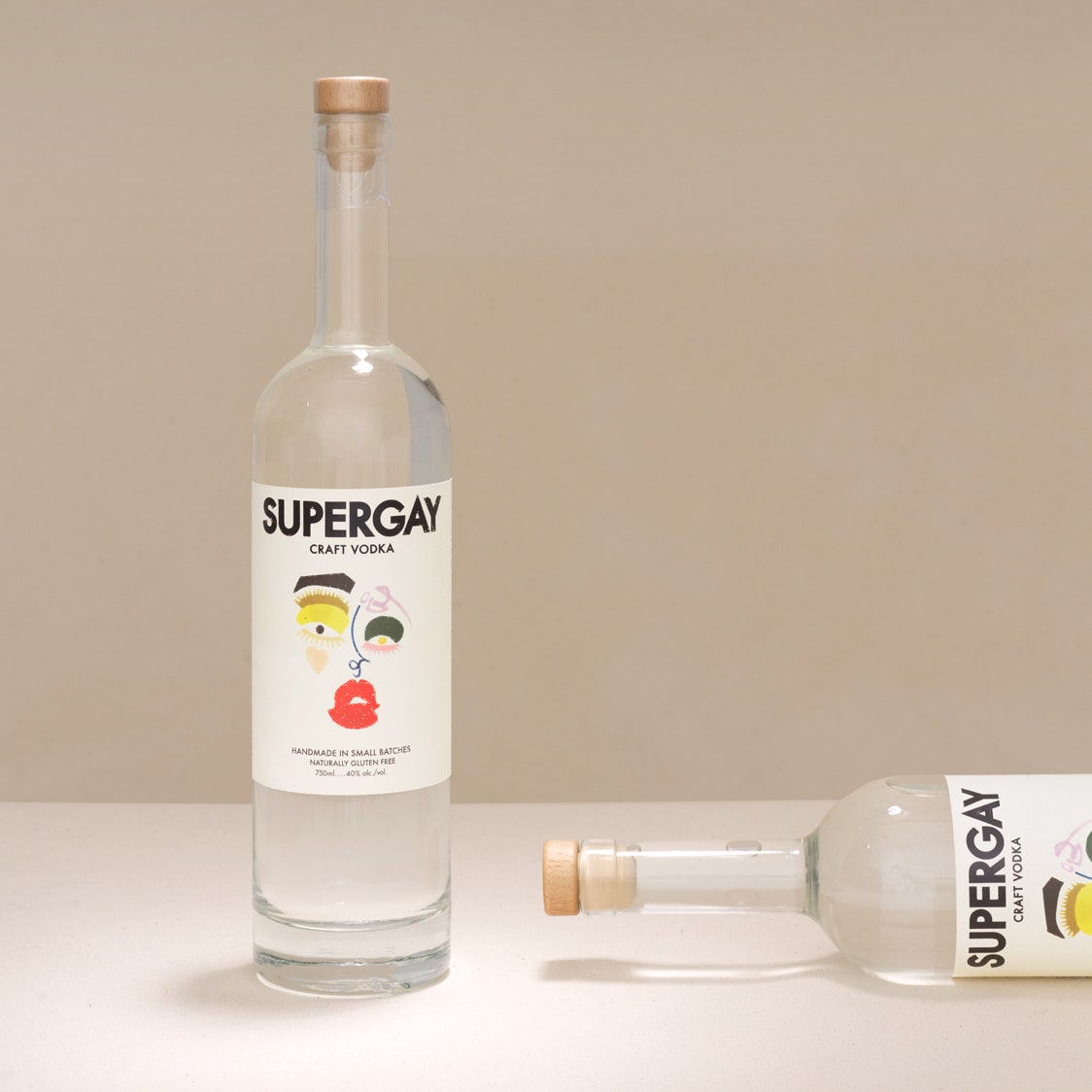 Pixie Retreat owners Theresa Keane and Willow O’Brien have been making vegan staples from scratch in Portland for nearly two decades, and it wasn’t until this year that they began shipping boxes of their coconut, cashew, and Irish moss puddins nationwide. These raw vegan dessert cups come frozen and thawed in your fridge. Use them like vanilla pudding – as a layer in a vegan dessert, spooned on olive oil cake or berries, or simply eaten straight out of the cute, tiny tub. —Allie Wist, picture editor 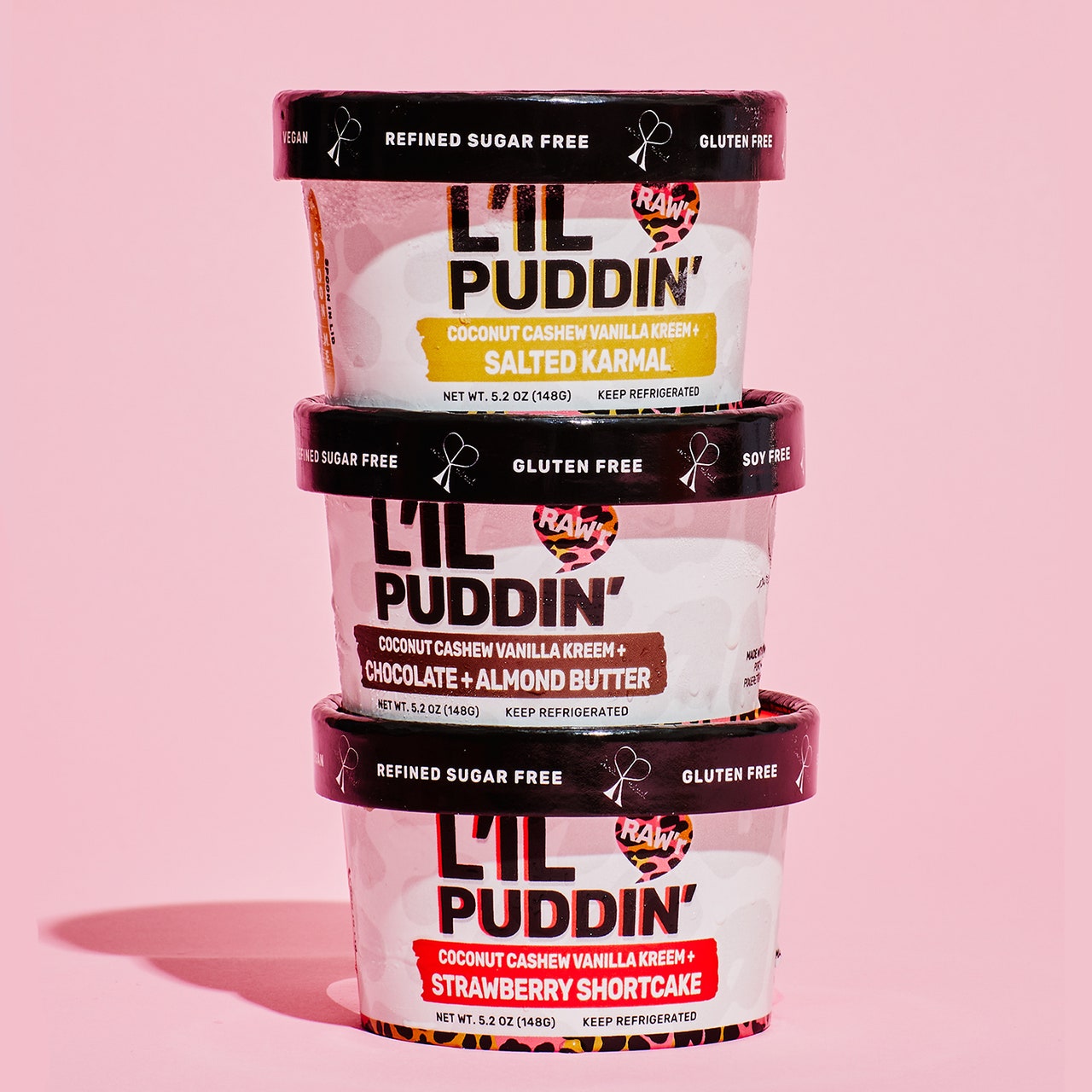 V Smiley started selling her beautiful pectin-free, honey-sweetened jams, which she prefers to call “fruit foods,” while working at The Whale Wins in Seattle. Now that she’s back home on the Vermont farm, her flavors skew more New England than Pacific Northwest – think currants, quinces, and elderberries – and contain flavors grown by her partner Amy. Buy your jam and support your Kickstarter to expand your production capacity. —MacKenzie Chung Fegan, senior commerce editor 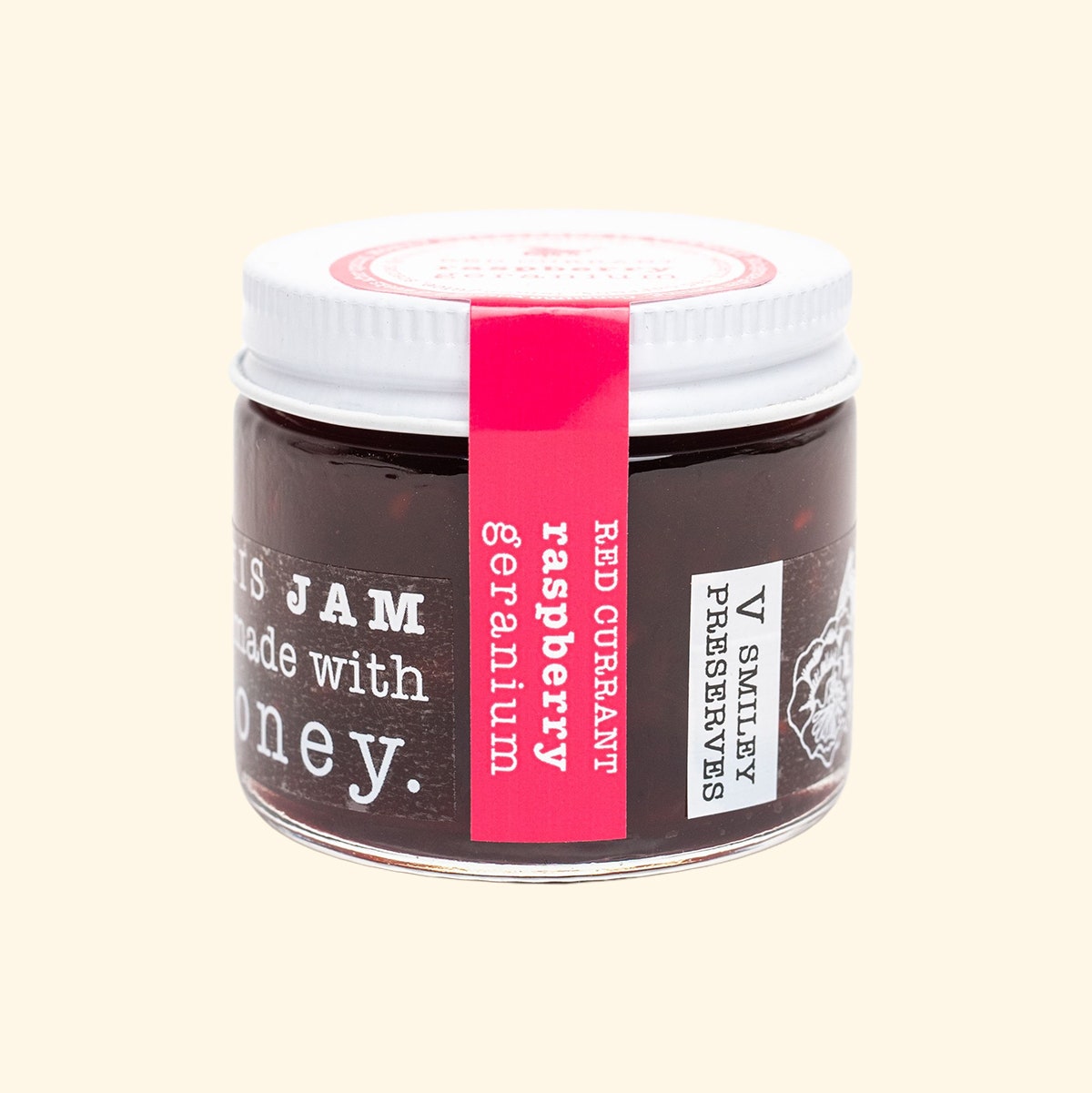 There’s nothing like an ice cream sandwich if you’re looking for a pick-me-up, and Coolhaus makes some of the funniest out there. The LA brand co-founded by Natasha Case and Freya Estreller sells ice cream sandwiches as well as pints and cones. The delicious selection of flavors (many dairy-free!) Ranges from coffee and cookie dough to dirty mint chips, horchata and birthday cake. —Sonia Chopra, editor-in-chief 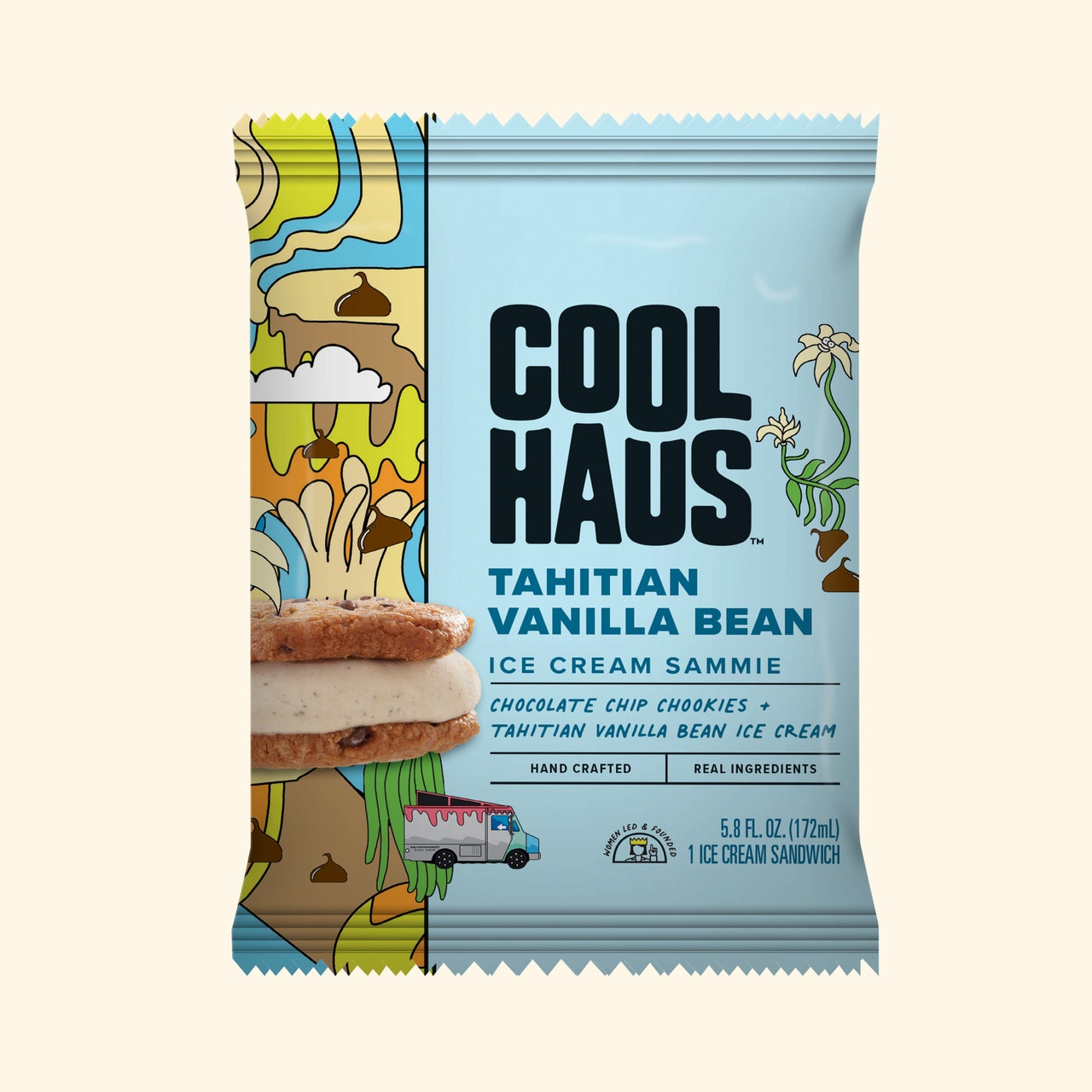 In an interview with The New Yorker, Rancho Gordo founder Steve Sando remarked, “The truth is, your sexual identity is pretty much the least interesting thing about you. Do you play an instrument? That would be interesting. “So yeah, Sando is gay, but maybe I’d rather write about how he dedicated his life to bringing pea beans and legumes out of the dark and into our storage pots. (Sando asked for this bean portrait of him but our art department picked a bag of beans. I would have voted for the one that had his toe holding a martini glass.) —Alex Beggs, Staff Writer 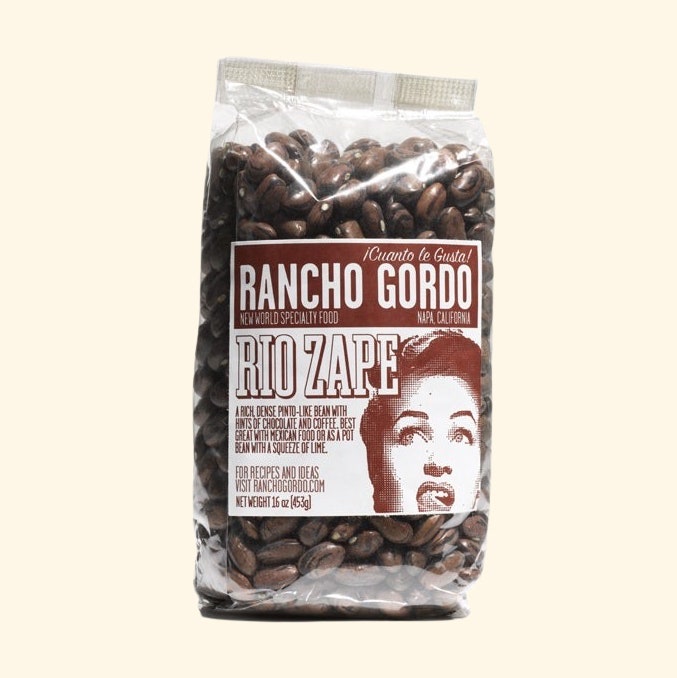 John deBary is a great bartender (make his margarita if you have to convince) which perhaps, paradoxically, made him particularly well suited for developing a range of non-alcoholic botanical drinks. From his knowledge of vermouth and amari, deBary created two sugar-free, low-sugar beverages – Proteau Ludlow Red, a peppery, almost hearty blend of blackberries, and Proteau Rivington Spritz, which tastes like pleasantly bitter, bubbly strawberries. —MacKenzie Chung Fegan, senior commerce editor

There’s no shortage of complex, caramel-colored or floral coffees. But there is still a lack of good, really fair-trade coffee. Marin County-based Equator has been around since its inception in 1995 by Brooke McDonnell and Helen Russell. Try their equator mix of the same name or, my favorite, the B’Cause mix. It’s a chocolaty medium roast, and one dollar for every bag sold goes to the Young Women’s Freedom Center, an organization that supports youth in communities disproportionately affected by incarceration. —Lauren Joseph, trade editor 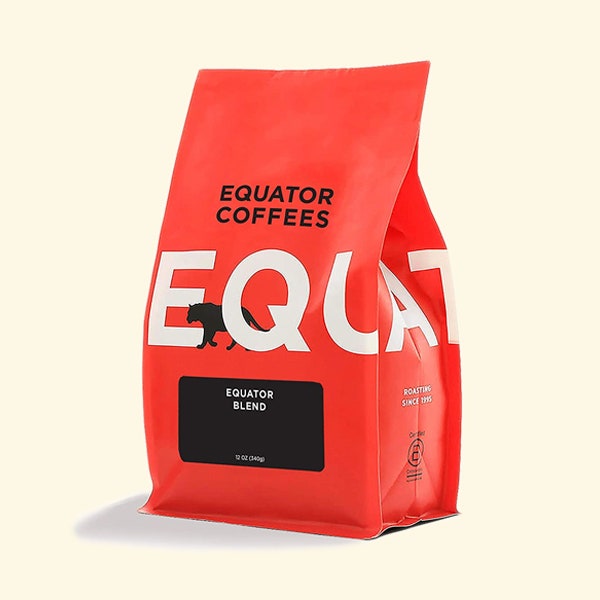