This is Highly Recommend, a column dedicated to what people in the food industry are obsessed with about eating, drinking, and buying right now.

Growing up as a first generation Great American in the first generation, my grandparents taught me a few lessons: (1) you have to be smart, (2) you have to be smart enough to be a doctor, and (3) za’atar makes you smarter. For my Teta and Baba, the logical flow of these arguments would inevitably help me succeed in life, but to me it seemed little more than a trick to get me to eat the zayt or za’atar on the breakfast table (and then go to medical school). Although za’atar is such a staple food in Arab regions that it is practically considered a food group, I have rarely touched the dry herb mixture my teta made at home. Even when I was soaked in olive oil, I couldn’t help but feel like I was eating stale grass.

Fast forward to college in DC where I avoided both science classes and za’atar – against the will of my Teta and Baba. That is, until I found Z & Z za’atar at a local farmers market. The brand’s particular blend of wild thyme, sumac, and sesame seeds was completely different from the dry herb blend I ate when I was growing up. It was earthier, tangier, and nuttier – thanks to the freshness of every ingredient and the touch of sunflower oil that seemed to preserve and enhance the flavor of the herbs and seeds. Compared to my Teta’s, which had a chalky mouthfeel and a single-note flavor profile, Z & Z’s Za’atar has a complexity and body that I never knew a herbal blend could have.

Z & Z’s Za’atar is harvested on various farms around Jenin in the West Bank of Palestine. The plant is called Origanum syriacum – or Syrian oregano – and is called wild thyme by Z&Z. In Arabic, the word za’atar is used to describe a number of plants in the Lamiaceae family, such as Syrian oregano, wild marjoram, wild thyme, and hyssop – the latter appears in ancient texts like the Bible and was used throughout Western Asia for his Praised for taste and its superfood properties (hence the old adage that Za’atar makes you smarter). Depending on the source, any of these herbs can be considered za’atar. This may be confusing as oregano is not the same as thyme in the US, but it is evidence of how much food in the Middle East varies from region to region.

Z&Z is family owned and operated by the Dubbaneh brothers, who are dedicated to bringing the cultural symbolism of Za’atar from the Middle East to the United States. In the Arab world, za’atar is often enjoyed with warm bread and olive oil at almost every meal and most often present (like man’oushe, a round flatbread coated with za’atar and usually topped with cucumber, tomato and mint ). Without exaggeration, I sprinkle this za’atar on practically everything; Eggs, chicken, mezze dips, popcorn, and, when I’m feeling particularly millennial, avocado toast. Sometimes I even eat it straight out of the glass with a spoon. (My IQ doesn’t have to be in the charts anymore!)

While I wasn’t a particular fan of my Teta’s Zeta’atar, tasting Z & Zs in my freshman year brought back those memories of having breakfast with my family and made me feel at home immediately. Eating Za’atar and sharing it with my colleagues was and is a way to feel connected and proud of my Middle Eastern roots. Although I may not be a doctor as my grandparents hoped, their za’atar wish has come true. 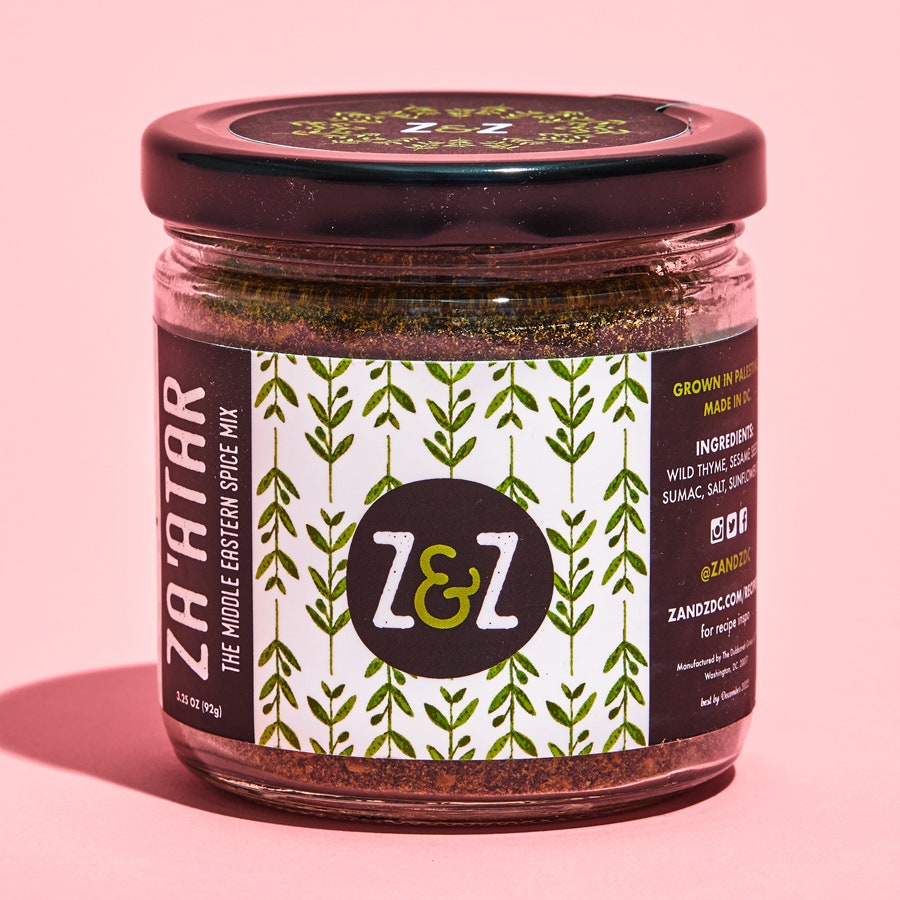