Southeast Asian cuisine is a beautiful tapestry with rich flavors influenced by even richer stories. One country whose cuisine is often ignored by the western mainstream is Cambodia, a piece of land between Thailand and Vietnam with its own vibrant cuisine that was almost lost to genocide in the 1970s.

“I think Cambodian food is under-represented because of Cambodia’s history,” says Chef Chinchakriya Un, founder of Brooklyn pop-up restaurant Kreung Cambodia. “I said goodbye to the Cambodian diet and lived in New York for a long time until I finally learned how to cook it myself with the help of my family.” Through her work, Un is dedicated to preserving and expanding her and her Cambodian culinary heritage Passing on knowledge to future generations. One of our favorite staples in Cambodian cuisine is Tuk Trey Ping Poh, a sour, salty, tangy sauce with so many uses that you’ll want to have a large serving ready.

What is Tuk Trey Ping Poh?

“Tuk trey” is Khmer for “fish sauce” while “ping poh” translates as “tomato”, so there really are no secrets for the sauce. Sweet, juicy tomatoes are roasted with shallots, garlic and green Thai chilies until they bubble and burst. The charred vegetables are made into a coarse paste, then sprinkled with lime juice, seasoned with sugar and fish sauce, and sprinkled with fresh coriander. The end result is a flavorful, umami-rich, flavorful tomato sauce that is delicious on almost anything. “It’s like our marinara or our salsa,” says Un. “It’s so good that I just want it on everything.”

How can you use Tuk Trey Ping Poh?

Tuk trey ping poh can be used in many ways: as a marinade for grilled fish, as a flavor enhancer for a pot of beans, as a dip for raw vegetables, as a sauce for meat and even as a starter for soups and stews. We recommend using Tuk Trey Ping Poh to coat fried potatoes, as a spread on fried chicken sandwiches and even as a relish for a hot dog. “You can use it anywhere you would use some kind of tomato jam,” she says. “There are a lot of applications.”

Are there any variations of Tuk Trey Ping Poh?

If you’ve got watery tomatoes out of season, Un suggests tweaking the classic tuk trey ping poh by swapping fish sauce for shrimp paste, which gives the sauce its own salty sweetness. And since Tuk Trey Ping Poh is basically simple, Un also likes to experiment with it, trading traditional ingredients for seasonal produce and things she can easily find in local markets. “I made it with Tomatillos because I’ve lived in pretty much mostly Latinx neighborhoods and they’re close by,” she says. “I also did it with blueberries for one season! It was so good. As long as there is a fruit or nightshade vegetable that you can mash and roast well, you can customize this dish in so many ways. “ 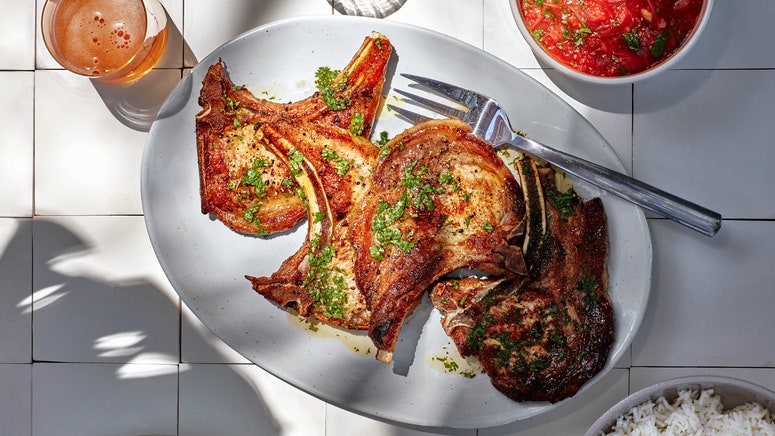 Spicy, tangy and herbaceous, Tuk Trey Ping Poh is a versatile Khmer spice that can be served excellently with any protein, as a dip and as a base for soups and curries. Do extra!